William Squires represented my wife and I in a complex and protracted family situation in The Williamson County Circuit Court. As Grandparents we sought custody of our Grandchildren, due to neglect by their parents. The case was complicated, as the children were of Native American descent and subject to ICWA (the Indian Child Welfare Act). William spent the necessary time to thoroughly listen and understand the case, he researched the issues in detail, and ultimately he submitted a masterful well written brief to the Court that resolved the ICWA issue. This led directly to us reaching resolution of the primary issue of neglect. Culminating in a well written and structured settlement consisting of: a defined visitation schedule, support being furnished by the parents, and their admission of neglect for future reference if needed. We now happily have full custody of the Children. 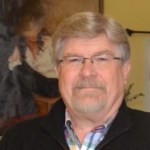