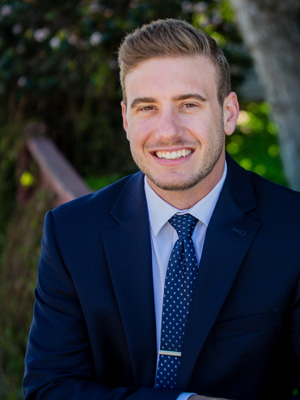 Michael Small joins KHA from San Diego, California and has found his new home in Nashville. With a passion to assist clients through some of their most challenging and difficult times, he strives daily to serve the needs of all of his clients. He practices general civil litigation for the firm.

Prior to joining KHA, Michael graduated from St. Edward’s University in Austin, Texas where he received his Bachelor of Arts in Criminal Justice and Pre-Law. While at St. Edward’s he interned at the Travis County District Attorney’s Office in the domestic violence unit.

Upon graduation from St. Edward’s University, Michael went on to attend Thomas Jefferson School of Law in San Diego, California. While in law school, he gained a wealth of practical experience working as a law clerk for various District Attorney Offices in California and also worked at a private general practice in Los Angeles, California. Michael was a member of his law school’s National Mock Trial Team and competed in civil litigation competitions against other law schools in California.

Michael grew up in San Diego, California and moved to Nashville in December of 2018. When he is not at work he enjoys fishing and spending time with his wife. He is also involved with his local Christian church.

Should you need my assistance with any matter, you may contact me at Michael@khalawgroup.com